The bottom line is that we exist to provide service to the community (local, natonal and international) from within an organisation providing friendship and fellowship and mutual support.

Below are just a few of the community projects we’ve been engaged with recently. You can read more about some of these by checking out the other posts on this site. 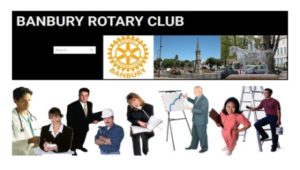 Members of the Banbury Rotary Club come from just about every walk of life.
We’ve got men and women who are working, or have worked, in Engineering and manufacturing, retail, industrial chemistry, ground maintenance, social care, management consultancy, local government, education, sales and marketing, health and leisure, the NHS, accountancy, the police, estate agency, hotel management, corporate finance, foundry and metallurgical, transport and logistics, agriculture, dentists, security, lawyers ….. in fact – you name it and we’ve probably got a member with either experience or connections.

Why become a Rotarian? 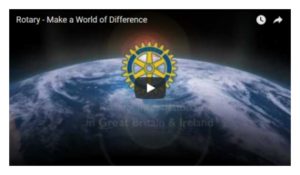 What’s in it for me?

Being part of Rotary is more than just giving back to the community.

It is also about you bringing your skills, experience and enthusiasm into play in a way that helps it thrive, whilst making some great friends along the way.

Our club is a friendly place which invites speakers from a wide range of backgrounds to share their knowledge, increasing the social and cultural understanding that we can bring to bear on projects. 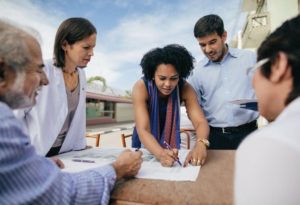 Rotary is a global network of 1.2 million neighbours, friends, leaders, and problem-solvers who see a world where people of action can unite to create lasting change across the globe, in our communities, and also in ourselves.

There are six broad causes that focuses our work focuses upon:

Sir Charles Pollard has been an eminent figure in policing, both nationally and internationally, and still works in the Justice system today.  Retiring in 2002 from Thames Valley Police, the largest non-metropolitan police force in the country, he had earlier progressed through the middle police ranks in London and Sussex during one of the most turbulent periods of recent history, during which time he was personally involved in many of the key policing events:.

Sir Charles began his career at the age of 19 in 1964 as a constable in the Metropolitan Police and was selected for the ‘fast-track promotion course’ at Bramshill Police College. From there he took an LLB at the University of Bristol. Through the 1970s and 1980s he pursued an eventful and successful policing career in London and Sussex and in 1991 was appointed Chief Constable of Thames Valley Police, covering 3 counties with a population of over 2.5 million.

The talk will include, among other things, his personal experiences of the policing of public disorder, crime and terrorism.  We look forward to welcoming Rotarians, local Parishioners and the General Public

Rotarian Surinder Dhesi spoke as about the Guru Aasra Trust providing homes for the homeless in India.
She explained the background of the Trust’s formation and how it helps to provide care to children and prepare them for their life ahead.

Guru Aasra Trust in Mohali, India. The Trust was set up when four Sikh women were arrested and imprisoned after the 1984 Sikh massacre in Punjab,India and they made a pact with each other.
They promised whoever would survive should look after all of their children and two ladies survived and the other two did not.
The main objective of the Trust is to shape the lives of destitute children and give them a good education and enable them with skills to be
The Trust also looks after older people who have no other relatives and spouses and  children who are victims of drug abuse partners.

You can read more here   http://guraasratrust.org/activities/ 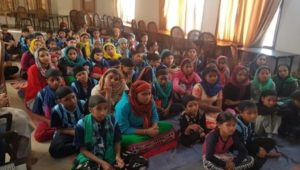 Gemma Rowe-Jones is recipient of a Brodey Scholarship from Banbury Rotary to encourage young people into high-quality engineering courses.
She is studying Civil and Architectural Engineering at the University of Bath.
After two years she took a one year placement with ACOM in St. Albans who are an international firm of structural consultants. Among other things the firm
were working on the Thames Tideway Tunnel which is being designed to divert surface water from the Thames.
Gemma told us that she is also involved in the Northern Estate Programme to revitalise large circa 1900 blocks of residential houses.
After returning to Bath University to complete her three year degree she will stay on for an extra year to obtain a MEng. 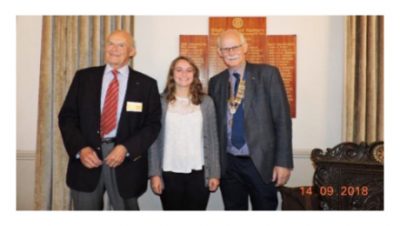 The Aunt Sally evening at the Cricket Club in Bodicote – organised by John Bennett. 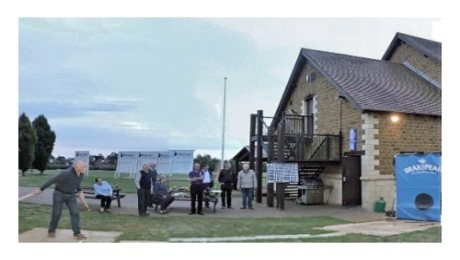 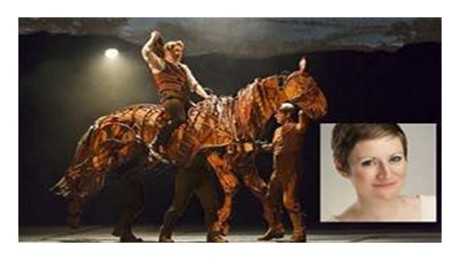 Funds raised by the evening will go to support: 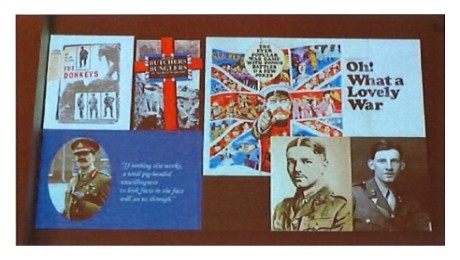 Simon Batten, History teacher at Bloxham School, spoke to Club on 2 Nov 18 about Remembering the Great War.
He examined some of the misconceptions which surround this formative event in our national history.
Among the myths he addressed were slaughter, sacrifice and futility. He quoted that 89% of those who served actually survived. He also described how new tactics and war fighting machinery evolved throughout the war, and that these ultimately led to victory. Although a terrible human tragedy, it was not pointless for those who fought in it, nor was it uniquely bloody in world or British history.