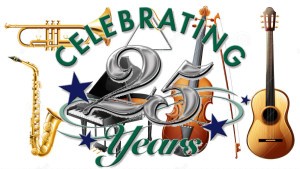 We are celebrating the 25th anniversary of The Banbury Young Musician of the Year competition by hosting a Gala Midsummer Concert, which is taking place at Tudor Hall School on Sunday 21st June.

The celebratory Midsummer Concert will see the return of some past competition winners including the very first winner in 1991, Marcel Zidani, who went on to be a professional musician and has performed in Europe and received glowing reviews for his Piano recitals.

Other past winners who will perform on the night include:

This unmissable event will take place at 7pm on Sunday 21st June at the main music hall of Tudor Hall School in Banbury.

Monies raised on the night will go to Katharine House Hospice.

Tickets are on sale for £10 at Fashion Fabrics in Parsons Street in Banbury.

Thank you so much Banburyshire folks for your generous donations last Friday to help send Shelterboxes to Nepal, etc. £1795 was raised from our street collection in Banbury town centre which is a fantastic result and will make a real difference to those needing our support.

We were even joined on the day by Peter King, RIBI President, and his wife, and also Tim Cowling, District 1090 Governor and his wife.